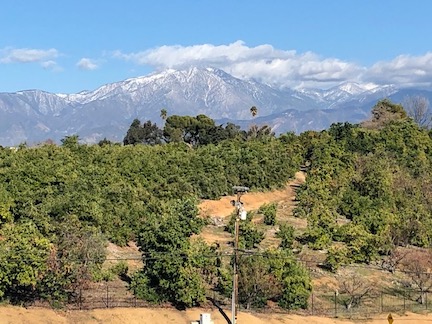 Hi. How is everyone’s February going? Has your part of the world been freezing? I hope you didn’t lose power too long if you are in Texas — I’m thinking particularly of bloggers Deb and Dorothy. It sounded very rough there … as I’ve been in touch with an old college classmate who lives in Katy, Texas, who’s given me the scoop on the disaster. Meanwhile, I feel quite fortunate here in mild, beautiful Southern California, where I’ve been visiting and helping out with my parents. We’re planning to move them soon to a new place so it’s been hectic. I’ve been M.I.A. off the blog for awhile but sometimes life requires that. It’s just a bit much right now with everything, but I hope to be back soon to all things books and visiting others’ blogs, so please excuse my temporary absence. 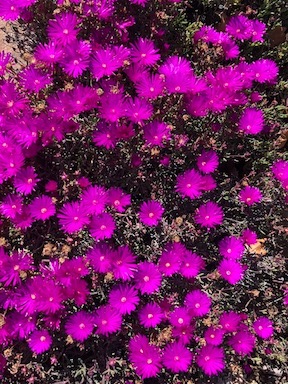 I actually have been reading quite a bit (in the middle of the night, ha), primarily for my side gig with Publishers Weekly. Lately I’m just helping out with PW’s BookLife Prize, which is an annual contest to support independent, self-published authors. My reading category has been memoirs, and there have been some good ones, which has sort of surprised me, a lot is out there from people with a variety of life experiences.

You should think about it, if you’ve written a book and it’s just sitting around on the back burner. Go ahead, dust it off, and turn it in to PW’s BookLife. You might just win some cash for your efforts. And now, in addition to the colorful flowers at left, which I saw on a bike ride, I’ll leave you with a review of what — besides the PW stuff — I’ve finished lately.

Dancing in the Mosque: An Afghan Mother’s Letter to Her Son
by Homeira Qaderi / HarperCollins / 224 pages / 2020 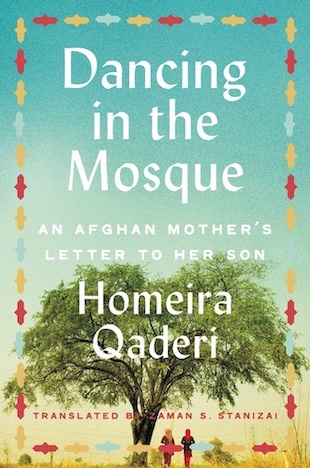 Synopsis: This is the life story / memoir of an Afghan woman who grew up with her family during Afghanistan’s war-torn years of the Soviet occupation in the 1980s, the civil war that followed, and the subsequent rise of the Taliban who captured the city of Herat where her family lived. It follows the tough choices she had to make to survive and find a life out of oppression.

My Thoughts:  I listened to this memoir as an audiobook on my afternoon walks while I’ve been in California. What was I thinking to start such a grim book? I think it just came in on my library account and I started it one day not knowing much. Whoa … as if I didn’t have enough to think about recently.

The author Homeira tells of the wars she and her family endured, which were terrible and scary enough but then with the rise of the Taliban — whose leaders banned girls’ education, and music, TV, and such — things turned from bad to worse. Somehow Homeira perseveres by secretly teaching girls and boys reading and writing lessons within a mosque tent and she even teaches a couple rogue Taliban who very secretly want to learn too.

Then at age 17 she is forced into an arranged marriage to a local man and is taken to Tehran, Iran, where she’s amazed by seeing women living with more freedom there. She goes on to study at the university, earning degrees (eventually a PhD in Persian Literature), teaching, and having a son, but all that changes when they return to Kabul 15 years later, and her husband shocks her by reverting back to oppressive ways, and announcing he plans to take a second wife. What happens next is a very difficult decision that changes her life forever.

Oh cripes. Poor Homeira. Luckily she is one courageous Afghan woman who perseveres and today is an author of six books in Afghanistan and Iran and a human rights activist. She seems very impressive — a learned writer and lover of literature and teaching — in 2015 she left Kabul to attend the international writing program at the University of Iowa (!). So despite the book being quite bleak, I think sometimes we have to see and know how women are faring under oppressive regimes. It’s hard to face, but her actions are also inspiring and we can learn from them and better support movements for women elsewhere to gain more rights and freedoms.

What Homeira describes life being like under the Taliban in her story will disgust and infuriate anyone with an ounce of feeling in their body. I’m now quite worried about the recent news that the U.S. and NATO have plans to pull troops from Afghanistan entirely, and I fear the Taliban will return to recapture areas and inflict once again a perverted version of sharia law on the women there. For the sake of Afghan women, I really hope this does not happen. We need to stay tuned to what’s going on and what the Afghan people, such as Homeira, are saying.

Her vivid, moving true story — that recounts her secret homeschooling of other kids — slightly reminded me of Azar Nazir’s terrific 2003 memoir “Reading Lolita in Tehran” even though it’s about a different country. Though I thought Nazir’s book was a bit more developed and better. It also raises similar themes to the 2007 novel “A Thousand Splendid Suns” by Afghan-American writer Khaled Hosseini, which was also similarly bleak. All three are strong cups of coffee to take but are also necessary, compelling reads.

That’s all for now. What about you — have you read any of these and what did you think?  And how is your February going?